FSAE began in the United States of America in 1979 when a professor of engineering saw the benefits of challenging his students to design and build an “open-wheel” race car. The idea attracted other local universities to do the same and quickly evolved into a small competition.

Over time the concept attracted more attention and eventually became a recognised competition by SAE International (formerly Society of Automotive Engineers). To increase focus on the educational, racing and engineering aspects of the competition, SAE chose to rename the contest the Formula SAE. Student teams around the world are now tasked with designing, developing and producing their own formula style car in line with the FSAE regulations.

The Australasian competition began in 2000, and MUR Motorsports has competed since its inception.

The points table below shows the number of points assigned to every section. 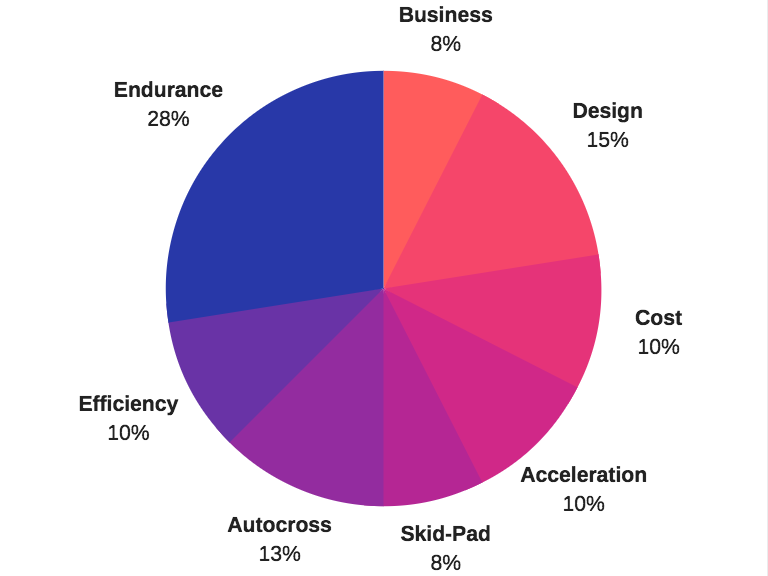